No Haitian engineers or architects were involved in the design of the plans for the Faculty of Science at the State University of Haiti. Foreign companies were awarded the contract

Hundreds of architects and engineers are trained at the Faculty of Sciences of the State University of Haiti. However, when the institution’s facility, which collapsed in the 2010 earthquake, had to be rebuilt in 2011, no professionals from the institution, or even Haitians, were involved in the designing of the plans, according to testimony collected from FDS.

The new faculty building is located at the corner of rues Monseigneur Guilloux and Joseph Janvier. The Qatar Haiti Fund and the Clinton Foundation funded the initiative with 5.5 million US dollars.

“Unfortunately, the work was done by foreigners,” complains engineer and geologist Lionel Rabel, a former faculty member. “We don’t question the skills of foreigners, he says. But, local characteristics must be considered. Since foreigners do not know the country or the environment, the proposed plan may be good but not adapted to local parameters.”

The plan of works for the rebuilding of the FDS bears the signature of the Spanish firm We Architects. The firm Expert Concept ensured the execution while Génie Conseil and Aedifica Sud have been in charge of the supervision.

Architects, Haitian firms, and faculty professionals could not propose construction plans as part of the process due to the rejection of Haitian institutions by the Clinton Foundation, which managed the faculty’s reconstruction funds at the time.

“The faculty administration was not aware of the launch of the project and the tenders,” says Etienne. Already in 2012, a first study was conducted. The faculty was belatedly informed about it. The main thing is that we had collaborated on the project with the Unit for Housing and Public Buildings Construction (UCLBP) to bring it to a successful conclusion,” says Edgard Etienne, the head of the first cycle of studies of the FDS. 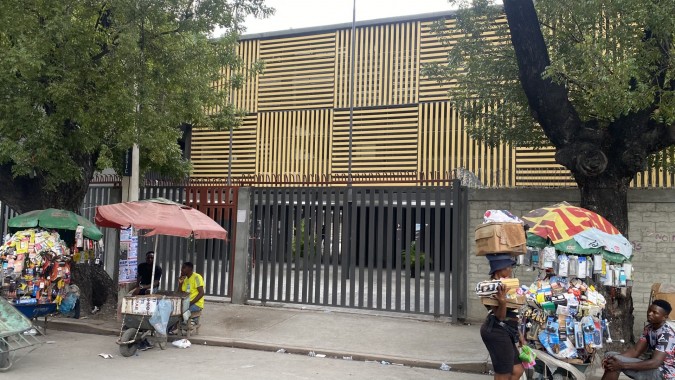 Despite this, some of the proposals made by the faculty administration have been incorporated into the building plan. “These include air circulation and ventilation of the space to avoid overuse of the light bulb. Basically, we were careful to ask for what we want,” says Etienne.

Faculty engineers were not directly involved in the construction, but I can tell you that the faculty administration did provide a second level of supervision of the work,” he said.

According to engineer Lionel Rabel, local specifications related to the Haitian architectural configuration are being flouted in the reconstruction of the FDS. “The space can be easily flooded in case of heavy rains,” notes the engineer.

Many investments allocated to the construction of some buildings in Haiti do not take into account the environmental conditions of the country, according to experts.

For example, a European architectural firm accustomed to working in moderate regions proposed the plan to reconstruct the church of Saint Louis Roi de France. “The office proposed to the church a construction model adapted to the climate of moderate countries, analyses engineer Rabel. As a result, the church building remains warm.”

The engineer made the same observation during the construction of the American embassy in Tabarre neighborhood. Lionel Rabel reports that his construction firm, the Société technique d’architecture et d’ingénierie (STEACI SA), had proposed to the American architects and engineers to build the embassy at a higher level than the road.

“They have ignored our request, and the embassy premises are regularly flooded with the slightest drop of rain,” he says.

During the “country under construction” period following the earthquake, almost all construction contracts in Haiti were awarded to foreign construction companies, according to engineer Emilio Georges, former head of the municipal engineering department of the Pétion-Ville mayor’s office. 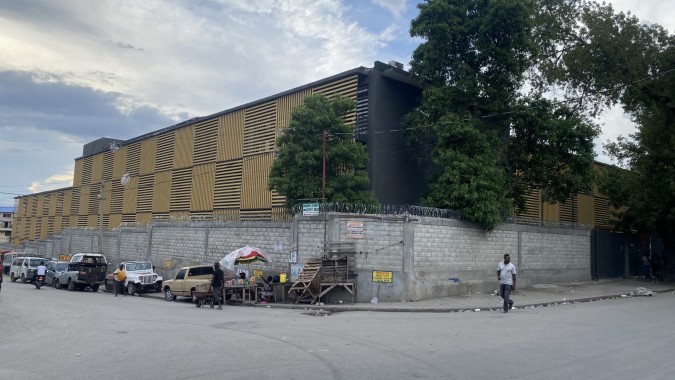 To survive, some Haitian construction entities have partnered with these foreign institutions.

“In general, Haitian firms are hired by foreign companies to do the work,” reports Emilio Georges.

This was exactly the case for the reconstruction of the FDS. The firms executing and supervising the work are Haitian subcontractors.

The new FDS building includes twenty-three classrooms, laboratories, a library, an amphitheater, and so on.

One of the biggest problems faced by the faculty is the monthly cost of the electrical load in the context of underfunded activities by the government. The space is powered in part by solar panels.

Initially, the FDS premises were to extend from rue Joseph Janvier to rue Saint-Honoré. The building was to house both the FDS and the National School of Arts (ENARTS). Due to a lack of budget, this project could not be realized.

Where Haiti’s sorry lot of leaders went wrong after Duvalier

Cap-Haitien carnival on despite police protests, will feature Boukman