“People drawn to Critical Race Theory,” says Edward Feser, author of All One in Christ, “have a cult-like tendency both to treat CRT as if it were some divine revelation that at last has uncovered the unseen truth about the world, and to dogmatically refuse even to consider any criticism of it.”
September 8, 2022 Carl E. Olson Books, Features, Interview 15 Print
Edward Feser, PhD, is Professor of Philosophy at Pasadena City College in Pasadena, California. Called by National Review “one of the best contemporary writers on philosophy”, he is the author of many books including Five Proofs of the Existence of God, By Man Shall His Blood Be Shed, The Last Superstition: A Refutation of the New Atheism, Aquinas, and Scholastic Metaphysics.
His most recent book is All One in Christ: A Catholic Critique of Racism and Critical Race Theory (Ignatius Press, 2022). Ryan T. Anderson, President of Ethics and Public Policy Center, describes it as “the best book I’ve read on the topic.” And Deacon Harold Burke-Sivers states it is an “absolute must-have for all Catholics who want to be well informed about racism and Critical Race Theory.” 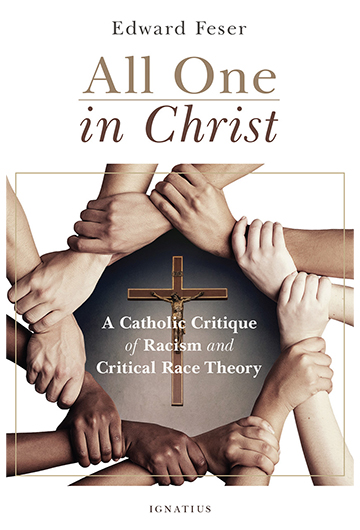 
Pope Benedict XVI issued yesterday an apostolic letter motu proprio, De Caritate Ministranda, on the Church’s charitable activities. Introduction “The Church’s deepest nature is expressed in her three-fold responsibility: of proclaiming the word of God […]
© Catholic World Report
Sign up to receive a weekly email with news, analysis, and commentary from a voice you can trust!