Another quite challenging country in Paradox’s Victoria 3 is Haiti. Saddled with crushing debt repayments to France, a successful Haiti player will either need to leverage its limited natural resources to grow their income or renege on the debt and risk French retaliation.
The Haitian Revolution was a successful insurrection by self-liberated slaves against French colonial rule in Saint-Domingue, now the sovereign state of Haiti. The revolt began on 22 August 1791 and ended in 1804 with the former colony’s independence.  The French recognized Haiti’s independence in 1825 but in return demanded a hefty indemnity of 100 million francs, approximately $21 billion today. This is the situation the player inherits, once the game starts.
Paradox Interactive 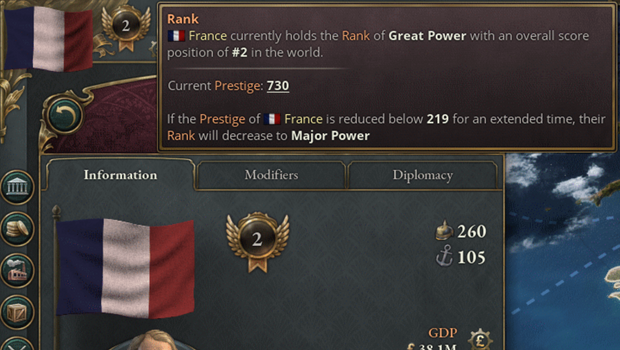 France starts the game as the second Great Power, just behind Britain in Prestige
Haiti, after the revolution, was populated by former slaves from all around the world. Lower education percentages, great debt, infighting, and undeveloped sources of income will be the first hurdles players will have to resolve in their Haiti playthrough.
As both Spain and Great Britain got themselves involved in the Haitian Revolution, perhaps a course of action is to use their enmity with France and try to renege on the debt. This is unlikely to happen, as it sets a dangerous precedent for colonial empires, which Great Britain and Spain at the time definitely are. it doesn’t hurt to try though.
Find us on OpenCritic
Our reviews are published on OpenCritic platform.

Haitian migrants must be in Mexico legally to claim asylum in the U.S. – Spectrum News

Haitian migrants must be in Mexico legally to claim asylum in the U.S. – Spectrum News