Jean Wiener should be elated. The organization he leads, FoProBim, has just won a series of grants to help protect mangroves in Haiti. In the coming months, he and his team will crisscross the country, helping replant mangrove marshes, conducting environmental workshops and training sessions, and starting alternative income projects for those whose livelihoods depend on cutting mangrove trees. The grant will allow his organization, which has been based largely in the northwestern town of Cap-Haïtien, to operate on a truly national scale for the first time. So why does he look ashen-faced and glum?
“I just got off the phone with my assistant in [the Haitian capital] Port-au-Prince,” he says, slumped in front of the camera for our first video call. “He’s got PTSD from all the gunshots outside his house.”
The grant comes just as Haiti’s growing social unrest has hit a decade-long high, making travel around the country perilous. Since the murder of President Jovenel Moise in July 2021, lawlessness has spiraled out of control. The highways leading into and out of Port-au-Prince are controlled by gangs, while the city averages seven kidnappings a day. This past July, gang violence left more than 470 people dead, injured or missing in the sprawling Port-au-Prince shantytown of Cité Soleil. None of the dozen or so staff members of FoProBim have been hurt, though their accountant recently fled to Montreal after her vehicle was shot up.
“I tell my wife, if I’m kidnapped I’ll be the worst victim they ever had,” Wiener says. “I’m going to make myself intolerable.” He laughs, though it sounds unconvincing.
Haiti’s mangroves also face grave danger. Statistics are hard to come by, but historical sources speak of mangrove forests once cloaking virtually all of the country’s coastline, sometimes extending inland as far as 6 kilometers (nearly 4 miles), and teaming with fish, turtles and caimans. Global Mangrove Watch, a platform visualizing mangrove data, shows less than 30% of the coastline with mangrove today, much of it in thin, fragmented pockets. 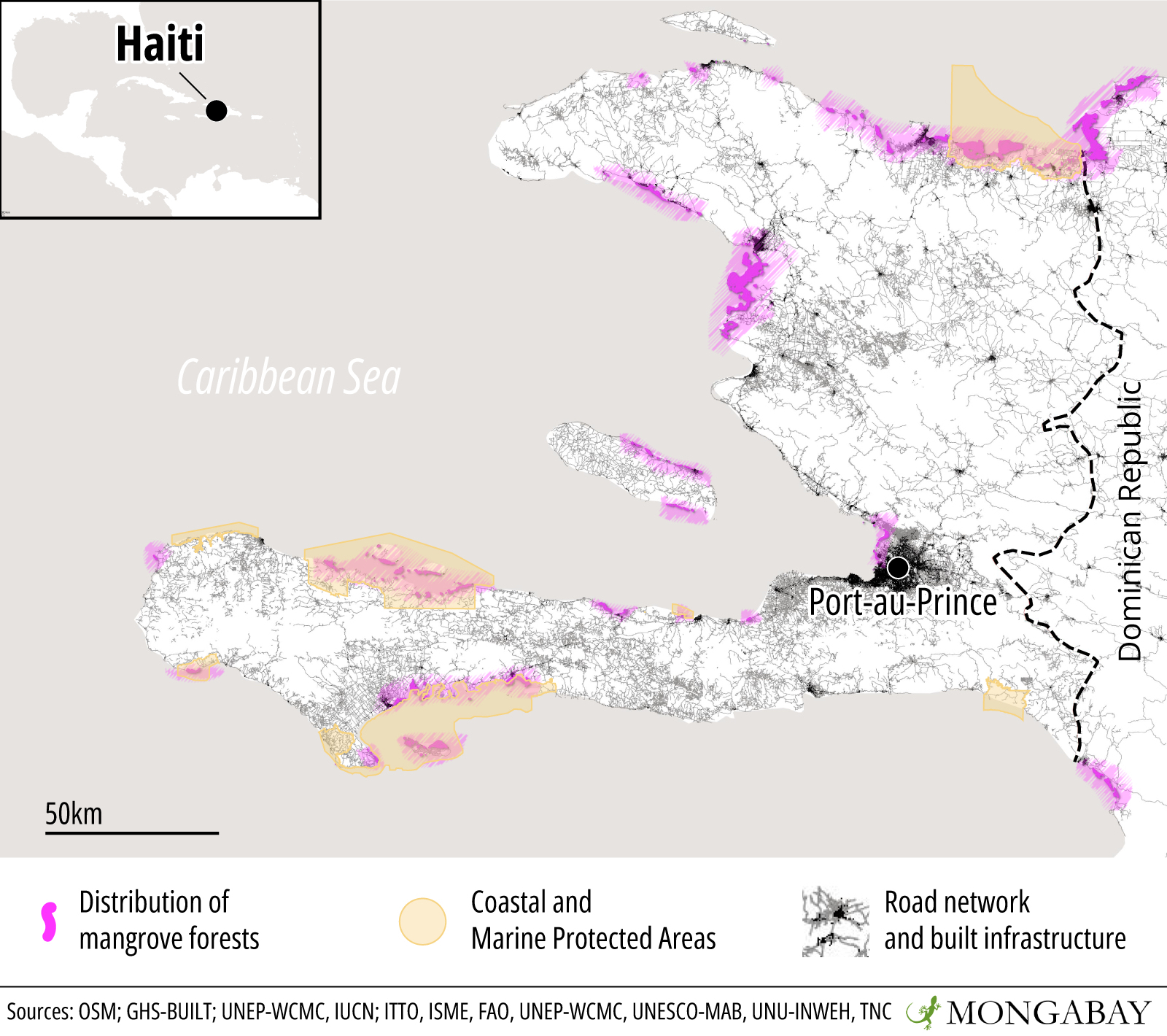 Mongabay is a U.S.-based non-profit conservation and environmental science news platform. Our EIN or tax ID is 45-3714703.