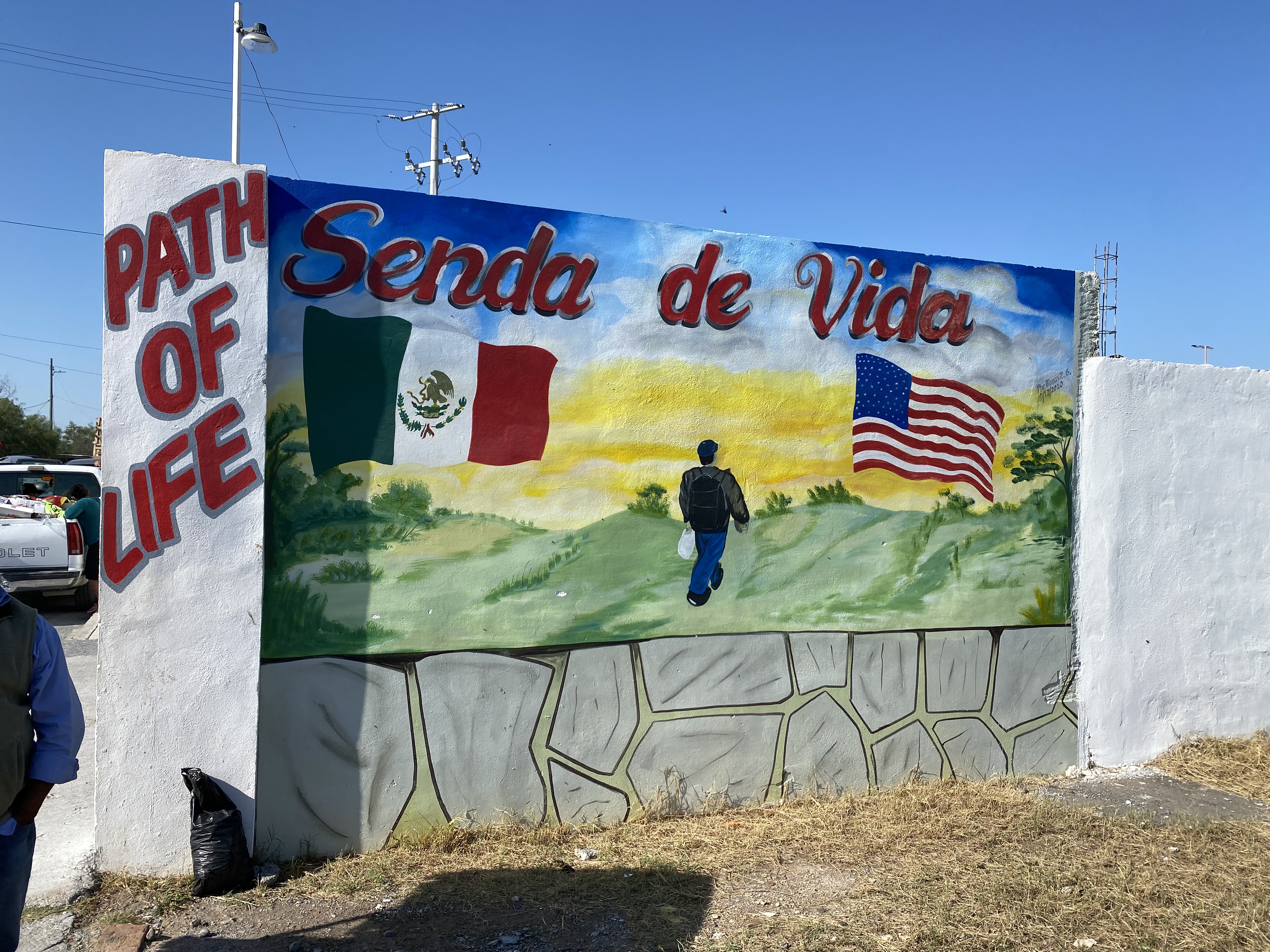 REYNOSA, Mexico – On a remote stretch of Rio Grande flood plain at the foot of this city of 600,000 within eyesight of McAllen, Texas, more than 1,200 migrants live in tents behind the tall cement walls of a 10-acre riverbank compound belonging to a Mexican non-profit organization that calls itself “Senda De Vida,” or Path of Life. Another 1,500 migrants aspiring to get inside fill a tent shanty town overflowing downtown Reynosa’s central plaza, with more coming every day, hoping to get in.
The migrants are flocking here by the thousands, enticed by a cheaper, surer, more comfortable “queue-management” arrangement that is quietly getting many into the United States – legally through a port of entry. Most are single adults and family groups that Border Patrol already caught illegally entering and expelled under the American pandemic protection “Title 42” policy to protect against the spread of Covid-19, or who don’t want to pay this city’s cartel smugglers to try a first time.
It has many official friends, including all levels of Mexican government, the United Nations, American immigration lawyers, non-profit migrant advocacy groups, and President Joe Biden’s Department of Homeland Security.
Boiled down, Senda De Vida helps expelled or newly arrived migrants apply for U.S. asylum from Reynosa (often with a new cell phone app and assisted by American immigration lawyers) and then to wait in line for a rich reward: a CPB invitation to enter the United States at the port of entry on the way to settling in an American city of their choosing and to work while waiting for their asylum claims to adjudicate.
The Biden administration has allowed hundreds of thousands to receive the same reward already after many of those migrants paid steep smuggling fees to criminal Mexican syndicates and crossed illegally, with many still ending up expelled under Title 42 after paying.

Haiti Extradites to US 4 Suspected Assassins of President Jovenel … – OCCRP

In Haiti, factories close, school feedings are on hold and hunger is about to get worse – Miami Herald

4 suspects in the assassination of Haiti's president were transferred … – NPR

Haiti Extradites to US 4 Suspected Assassins of President Jovenel … – OCCRP

In Haiti, factories close, school feedings are on hold and hunger is about to get worse – Miami Herald