For the hundreds of thousands of Creole speakers living in the Dominican Republic, the lack of language resources limits access to basic services. 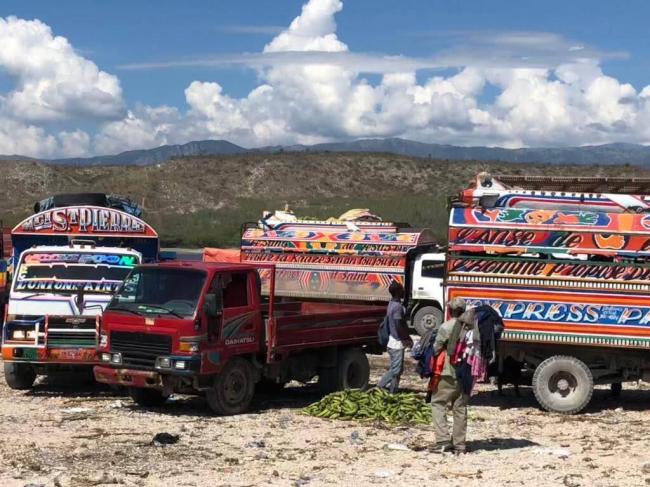 When I first met Jean* in early 2019, he had been living in the Dominican Republic for almost seven years. Originally from Jacmel, Haiti, Jean moved to the Dominican Republic as a young man for the same reason that many Haitians emigrate there: in search of work. Over the better part of a decade, he had worked as a sugarcane cutter, a farmhand, and doing odd construction jobs in various towns along the border. But in all this time spent in the Dominican Republic, Jean never fully learned to speak the national language, Spanish.
Jean’s native language is Haitian Creole. Although there is a common perception that Haiti is a French-speaking country, only about five percent of Haiti’s population actually speaks French. It is the co-official language of Haiti, alongside Creole, but the few Haitians who do speak French mostly learn it as a second language.
When I asked Jean why he had never been able to learn much Spanish, despite having lived in the Dominican Republic for so long, his response was simple: “There was no one to teach me.” The Dominican Republic does not offer any Spanish as a second language instruction for migrants, including school-aged children who study in the public school system. On top of this, as a manual laborer, nearly everyone that Jean interacts with is Haitian.
A report released last year by the Dominican Ministry of the Interior revealed that more than 90 percent of agricultural workers in the Dominican Republic are foreigners, mostly from Haiti. For Jean, this means that he can effectively complete all his work on a day-to-day basis entirely in Creole.
While it is nearly impossible to know the exact number of Haitian migrants who reside in the Dominican Republic—since much of the migration is undocumented—estimates in recent years have ranged from 500,000 to nearly 2 million. If you consider this latter figure, it would mean that Haitians and their descendants make up nearly 20 percent of the Dominican Republic’s current population of 11 million people, a staggering figure. With this in mind, it becomes easier to understand how someone like Jean could go through their entire life almost entirely surrounded by other Creole speakers.
Despite this massive amount of migration—and the fact that the two countries share an island—efforts to learn the language of the neighboring country have been mostly nonexistent on both sides.
In Haiti, many people that I’ve spoken with express little desire to learn Spanish. My friend Pierre, a young college student, explained to me that lots of students in Haiti have a “complex” about learning Spanish.
“There is this idea that if you learn Spanish, it’s because you’re going to go to the Dominican Republic to cut sugarcane. It’s almost like you’re signing yourself up for that life. So you see a lot of students in Haiti who prefer to study English or French rather than Spanish,” he said.
Similarly, in the Dominican Republic, there have not been any large-scale efforts by the population to learn Creole. While this is partially the result of a long-standing prejudice against Haitians, it is also due to the lack of educational opportunities to do so. Simply put, if you wanted to study Creole in the Dominican Republic, it is extremely difficult to find a place that can teach you. Unless you are enrolled in a university, there are no classes to take, and until very recently, there were no learning materials or textbooks specifically for Spanish speakers. If you live outside the capital city of Santo Domingo, the options to enroll in a course essentially drop to zero. The Dominican public school system offers French and English as subjects, but not Creole. 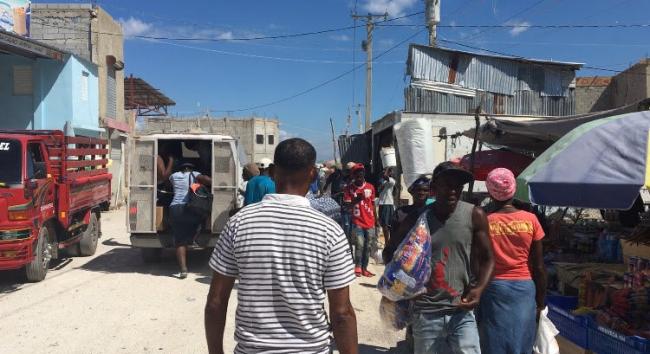 More troublingly, despite the large numbers of Creole speakers who reside in the Dominican Republic, both legally and illegally, Dominican law does not require Creole language accommodations in any public arena. This includes schools, hospitals, and military checkpoints. The legal code stipulates that an interpreter is required for a person once they are already in the custody of authorities, but this requirement doesn’t extend to police or military run-ins in the street. In these cases, once the interpreter has been solicited, it is often too late, and can lead to devastating consequences for Haitian migrants like Jean.
Haitians are routinely detained and deported during migration raids or at military checkpoints, increasingly common occurrences in the Dominican Republic, and even Haitians who are in the country legally frequently report severe harassment by authorities. In these situations, many migrants are left unable to adequately defend themselves to authorities.
Pierre soberly told me, “Once I was on the street watching a Haitian get arrested. I don’t know what he was being accused of, but he wanted to defend himself and he didn’t speak Spanish. And the police didn’t speak Creole. But I saw in his face that he was innocent and couldn’t defend himself. So, you’re going to put someone in jail just because you can’t understand him?”
Migration from Haiti to the Dominican Republic has rapidly accelerated in recent months as thousands of Haitians have been forced to flee Haiti due to political and economic instability. Those who cross the border into neighboring Dominican Republic have encountered a precarious environment. In 2021 alone, Dominican migration authorities arrested and deported over 31,000 Haitians. This year, authorities reported that they are on track to deport 1,000 Haitians per day.
Last year, the Director General of Migration, Enrique García, laid out a new deportation policy specifically targeting pregnant Haitian women, calling them an “economic burden” on the Dominican state. There is an idea in some segments of Dominican society that pregnant Haitian women come to the Dominican Republic to exploit the public hospital system. According to Pierre, this can be another underlying fear about Creole education: “There are a lot of Dominicans who don’t like that Haitian women give birth here. I think there’s a fear that if doctors learn Creole, they’re going to be helping all of these women to give birth here more. That it’s somehow going to encourage it.”
Though most Dominican doctors have some training in English, none are required to have any Creole fluency, even when they are sent to work in primarily Haitian communities. The lack of language training, combined with the absence of Creole accommodations in public hospitals, can be life-threatening for some Haitian patients.
Laura, a recently graduated Dominican physician, has worked for the last year in a primarily Haitian community near Santo Domingo to complete her internship. She doesn’t speak any Creole, though most of the patients she sees every day are Haitian and many of them speak little Spanish. When I asked her how she navigates this dilemma, she replied, “Usually I have to walk out to the street and yell: ‘Is there anyone who speaks Creole?’ and then I just take the first person who raises their hand back into the clinic with me.” She explained that sometimes, this is a child. The precariousness of a child interpreting for a private medical consultation between doctor and patient cannot be overstated, but for some clinics, this is the reality that doctors and patients are left with.
Myrlène, a Haitian-Dominican teacher, told me that on more than one occasion when she has arrived at a clinic for her own appointment, an unknown Haitian patient has frantically approached her in Creole asking if she speaks Spanish. Since she can speak both languages, she has agreed to interpret for them to their doctor.
In other hospitals, Haitian patients report prejudice from medical staff when they speak Creole. Sometimes, Myrlène explained, doctors and medical staff lose their patience with individuals seeking treatment who cannot speak Spanish: “They’ll be looking and looking for someone to interpret, and if they can’t find anyone, they’ll lose their patience, and that’s where the mistreatment starts. It’s as if they’re saying, ‘I don’t understand you, so I don’t care, I’m just going to leave it.’” 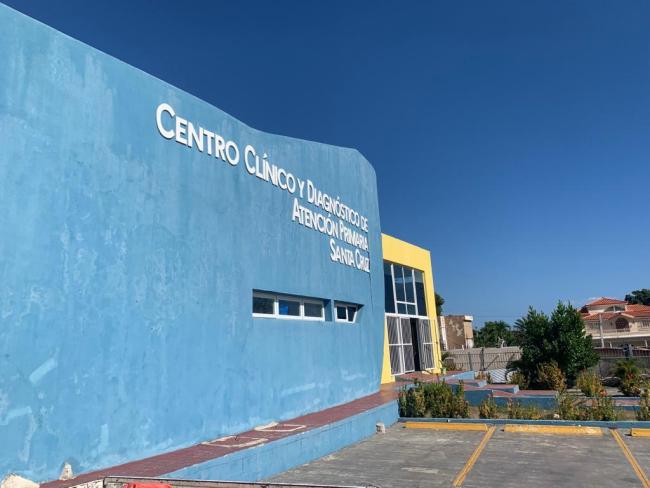 Last year, the Dominican government announced that Dominican hospitals will no longer treat undocumented migrants. The explanation for the policy, which stipulates that hospitals will only be required to treat undocumented patients in cases of “emergency,” was that the Dominican Republic “can no longer keep carrying the burdens of Haiti’s problems.”
However, the criteria that constitutes an emergency seems to be up to the discretion of the intake personnel at each hospital. So what happens if you’re Jean, and you show up to the hospital, desperately seeking emergency services, but can’t articulate your concerns to your medical team because you don’t speak the language? What if you are trying to explain your condition to a medical team, and the only interpreter that you can find is a child pulled off the street? Who, then, decides what constitutes an “emergency?”
For some Haitians, like Pierre, the solution is simple: Dominicans in certain jobs need to learn Creole. He and Myrlène agree that doctors, police, and migration officials should at least have a basic understanding of the language. Other people that I have spoken with have placed the responsibility more resolutely on the governmental level, arguing that it is the government’s responsibility to provide trained interpreters in public areas. However, the prospects for both outcomes are bleak.
The Dominican public school system has never taught Creole, though some groups in the Dominican Republic have made public calls for the Ministry of Education to include it in Dominican schools as a subject. However, one of the most vocal opponents of this proposal has been the national teacher’s union, the Asociación Dominicana de Profesores (Dominican Teacher’s Association, ADP). Each time this call has been made, the ADP has forcefully rejected it, saying that the teaching of Creole in Dominican schools would add “nothing” to the educational system or to the professional advancement of Dominicans. The former president of the ADP, Eduardo Hidalgo, went so far as to say that it would be a mistake to offer Creole in Dominican schools, because it might make Dominicans start “acting and thinking” like Haitians.
Myrlène articulated how frustrating this situation is for her. “They [public schools] teach English, and there are no North Americans that live here. They teach French and there are no French people here. But there are thousands of Haitians, and they won’t teach Creole. So what are we doing here? We need to get to the root of the problem. The Dominican Republic doesn’t want to accept it, but this is the reality.”
Pierre echoed this sentiment, but offered more sympathy to Dominicans who may resist: “I understand the historic conflict between Haitians and Dominicans, and I understand the importance of patriotism and loving your own country. But a country that has as many Haitian migrants as the Dominican Republic should be able to speak the language of Haitians, for better or for worse. Sooner or later, Dominicans are going to need to learn Creole.”
Kendall Medford is a doctoral student in linguistics at Tulane University. Her research examines language use amongst Haitian migrants and their descendants in the Dominican Republic. She can be reached at kmedford@tulane.edu.
Parts of this reporting were supported with research funded by the Stone Center for Latin American Studies at Tulane University.
*All the names in this story have been changed.

Sign up for our NACLA Newsletter HERE
Tweets by @NACLA