A land conflict between Toto Borlette and Ti Makak is poisoning the region. About 60 people have already been killed and more than 100 houses have been burned down in this conflict, according to unofficial counts by the residents.

Farmers and workers in the locality of Fessard in Laboule 12 were celebrating Notre-Dame des Sept Douleurs on September 15, 2020, when the fire of automatic weapons shattered the calm of this lush green community in the heights of Port-au-Prince. 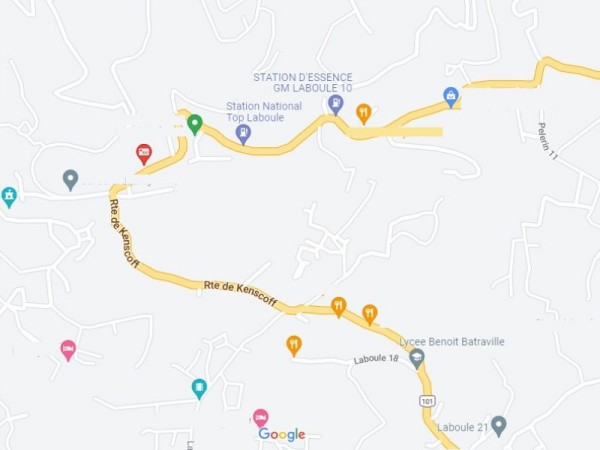 A latent conflict between the entrepreneur Jean Mossanto Petit, also known as Toto Borlette, and the gang leader, Ti Makak, over about 38 to 150 hectares of land, had just broken out. In this fight, one of Ti Makak’s men died.

Since then, Laboule 12 has been transformed into a battlefield, just like the road to Martissant, according to testimonies collected on site by AyiboPost from officials and citizens of the area.

According to the principal of a municipal school in the town of Fessard, more than 60 people have already been killed and more than 100 homes burned down in this conflict over land. The local resident requested anonymity for safety reasons.

The contested lands are in the 3rd section of Étang-du-Jonc, a municipality of Pétion-Ville. They belong to the government and have been leased to farmers in the area for several generations.

Ti Makak’s grandparents occupied a part of this land. However, the gang leader did not live in the locality, according to the person mentioned above. “We didn’t used to see him in the area,” he added.

A member of the Assemblée de la Section communale (ASEC) d’Étang-du-Jonc contacted by AyiboPost, who requested anonymity for safety reasons, confirmed some of these facts. He stated that he was not aware of any land surveying process.

Huguens Lubien, Director of Communications for the Directorate General of Taxation (DGI), could not determine for AyiboPost the accurate status of the contested land.

According to a citizen of Laboule 12, contacted by AyiboPost, who requested anonymity for safety reasons, Toto bought land from some farmers at a very low price to build a villa in the area.

The project had not been accepted by the heirs, who claim that their grandparents had not signed any deed of sale with Toto Borlette.

To enforce his will, Toto would have hired men from Chrisla, a powerful gang leader from Ti Bois, a locality of the 3rd district of Port-au-Prince, according to the citizen of Laboule, who is well informed of the situation.

The witnesses and public officials interviewed in Laboule 12 for this article state that they have never heard of any sale of land to Toto Borlette.

On Tuesday, September 13, 2022, three officers of the Haitian National Police (PNH) were shot by the Ti Makak gang in Laboule 12. The kingpin, in a video posted on social networks a few hours after the tragedy, claimed responsibility for the attack.

Ti Makak had declared that these policemen were sent by Toto Borlette to come and arrest him in Fessard.

The video shows the bodies of the shirtless and bloody police officers lying on the ground, being dragged by ropes.

Read also : In Haiti, gangs are burning the bodies of their victims

A member of the Conseil d’Administration de la Section communale (CASEC), who requested anonymity for safety reasons, said he heard the news. He said he could not confirm the circumstances surrounding the death of the police officers.

This is not the first time this kind of incident has occurred in the locality.

On August 6, former Senator Yvon Buissereth, Director of the Public Enterprise for the Promotion of Public Housing (EPPLS), was killed and then burned in his car by this same gang.

Read also : Due to the insecurity in Haiti, cultural centers can no longer operate

20,000 people live in the 25 neighborhoods of Fessard. Since the beginning of this conflict, which involves 117 plots of land and several generations of farmers, according to a recent report by the Centre d’analyse et de Recherche en droits de l’homme, life there has been troubled.

Most of the houses are abandoned. The citizens report that people are fleeing and activities in the locality are almost at a standstill.

Due to insecurity, the ten schools in the area are in a state of dysfunction, revealed Staco Amazan, the mayor of the municipality of Pétion-Ville, to AyiboPost.

Will the international community intervene in Haiti's unrest? – newsus.cgtn.com