By G. Dunkel posted on March 17, 2022
By G. Dunkel
While the world’s attention focuses on the conflict in Ukraine that could quickly escalate, living conditions for the working people of Haiti are still festering.
Workers demanding their salaries be tripled have left the streets for the moment. Two out of five Haitians are still “food insecure,” which means they get less to eat than they need. Housing, jobs and health care are scarce. Hospitals and schools are closing. Criminal activity on the streets, particularly kidnapping, intensifies.
banner reads: “No to kidnapping, no to violence against women”
Tens of thousands of Haitians with skills and education, who had emigrated to find work in Argentina, Chile and Brazil, face a dilemma. Their work dried up, which drove them to try to cross the border from Mexico to the United States.
Between March 2020 and December 2021, the Department of Homeland Security expelled 13,783 Haitians, who border guards had caught trying to cross. The Haitians were denied their legal right to ask for asylum. Over 6,000 other Haitians, picked up elsewhere in the U.S., have also been instantly deported. (wola.org, Feb. 17)
Many of these 20,000 deportees are families — mothers, fathers, children — put in chains to be put on planes and sent willy-nilly to a Haiti that is in no way ready to receive them, that is in the throes of economic collapse.
Le Nouvelliste, a Haitian daily newspaper, reported March 8 that the DHS has set up an office in Port-au-Prince, Haiti’s capital.
Another stream of migrants coming directly from Haiti are predominantly youth, mainly men who face a future without prospects — even those with an education. The Dominican Republic, which some have tried to reach, has been strengthening its obstacles on the border. The United States is a more likely source of work.
A wooden coastal trader capsized in the Florida Keys March 6, with 356 Haitians on board. Some of them managed to swim ashore, where they were captured by the Coast Guard, which by March 11 had sent 200 of the survivors back to Haiti.
This is the fourth large-scale attempt to reach the U.S. by ship in the past four months.
Visits of top level U.S. diplomats
Assistant Secretary of State for Conflict and Stabilization Operations Anne Witkowsky was in Haiti March 7-9, followed by Deputy Assistant Secretary of Defense Daniel Erikson who visited Haiti March 9-11.
While Witkowski met with Haitian Prime Minister Ariel Henry and his coterie, as well as the director of Haiti’s national police, she went to Haiti to keep the lid on, to make sure that there’s no social explosion that would disturb its imperialist interests. Erikson met with leaders of Haiti’s Coast Guard to improve the coordination that they need to stop the flow of Haitian boat people.
Kidnapping, strike at the General Hospital
Crime statistics are inaccurate, with many crimes unreported or undercounted. Kidnapping is common; and from time to time, witnesses note that one or several of the kidnappers wore a police uniform. Press Lakay, a web news service, reported that a dozen kidnappings took place Friday, March 11.
The kidnapping of Dr. Martial Piard from the General Hospital in Port-au-Prince,  the biggest hospital in the country serving predominantly disadvantaged neighborhoods, is illustrative. Dr. Piard is a dental surgeon and anesthesiologist, known for using his bicycle to serve the poor. After hospital staff and neighborhood activists blocked roads with burning tires, he was released without a ransom.
His kidnapping took place a few blocks from the Presidential Palace.
Staff at the General Hospital have been on strike, demanding that management pay back-salaries and provide adequate resources for patients. Piard was part of the team providing emergency services during the strike. 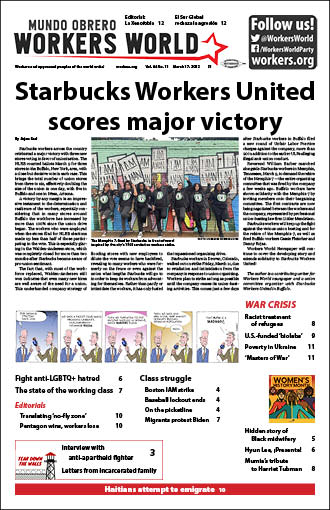