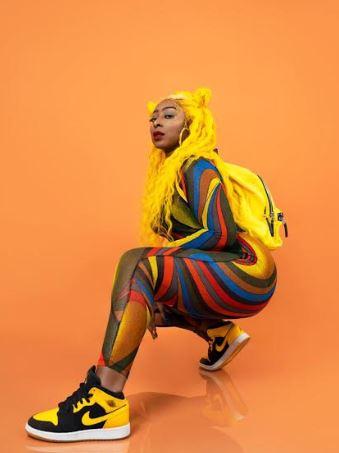 Haitian Princess Mickael Marabou a few days ago dropped the much anticipated  banger, ‘Tounen Nan Baz Ou’ which also features Haiti‘s biggest recording artist, and often collaborator,  WANITO!
The song contains a little bit of Afrobeat, Zouk, and the Haitian style of music called Kompa.
Tounen Nan Baz Ou simply means come back to your hood. It’s a love song with a man telling a woman that he can’t live without her. Come back to the essence from which they come from, come back to the streets, come back to the ghetto come back to your hood, come back home  which all means come back to your love.
Mickael and Wanito had previously teamed up for “Viens Avec Moi”. Due to their undeniable musical chemistry, their fans excitedly clamored for another duet.
So, together the two artists created  “Tounen nan baz ou “ which within a few days of release the video has hit over a million views on YouTube and continues to grow.
Prior to her latest single, Mickael Marabou had smash hit debut single “Fever” featuring Skales  and her follow up was even bigger, “Mamma” featuring BM.
As previously announced, we are still highly anticipating Mickael’s up and coming new album titled Afro Kreyol featuring some of Africa’s biggest artist Davido, Stonebwoy Eddie kenzo etc.