Players on the National Soccer Team did not receive their bonuses for the 2019 Gold Cup. Yet the Haitian Football Federation received the money

It was a fairy tale. From June 16 to July 8, 2019, the 23 players of the national football team defied the forecasts and climbed to third position in the Gold Gup, crushing in their path Costa Rica – with a 2:1 win – and scoring 3:2 against Canada.

It was the whistle of Qatari referee Abdularahman Al Jassim who, by awarding a controversial penalty, allowed the Mexican team to break the Haitians’ momentum and prevent Haiti from playing the coveted final against the United-States.

Two years after this feat, Grenadiers complain that they still have not received their bonuses for participating in the competition. An accounting statement obtained by AyiboPost certifies that according to the Haitian Football Federation, at the time headed by Yves Jean-Bart, half of the bonuses were paid to the players. Five of the athletes contacted deny having received any money for the Gold Cup. 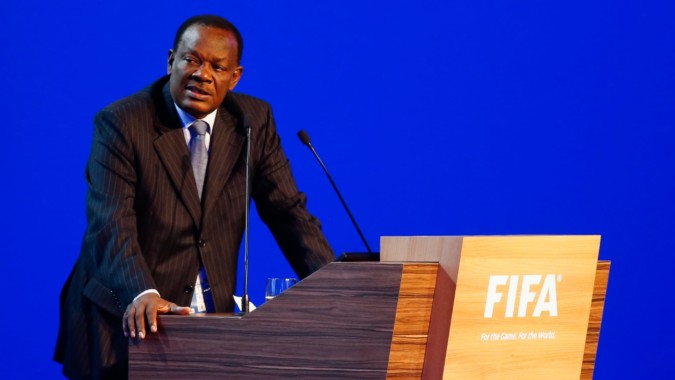 Today, the selected players direct their complaints to the Standardization Committee placed by FIFA at the head of the FHF after the scandal regarding the sexual abuse of minors which involved various former and current executives of the institution (among them Yves Jean-Bart).

One of the Committee members confirms to AyiboPost that they have indeed been contacted by players regarding the matter. The institution that began working since February 18th has spent months unaware of the ins and outs of this scandal.

According to the committee member speaking anonymously, because of the sensitivity of the subject, the federation’s officials refuse to draft and submit an inventory to the new Committee as had been requested since February 18, 2021.

For the Committee headed by Jacques Letang, the slow pace of the FHF when it comes to producing the inventory is nothing other than a strategy aimed at destroying evidence of past embezzlement.

“As players, we complain about this conduct between ourselves. Each time we check our accounts, we find nothing” one of the team’s stars says to AyiboPost anonymously.

One of the players who dreamt of using the bonus of the competition to donate to the public hospital in his native town has come to terms with it. “To tell you the truth, if it was a matter of money, we would never have agreed to play for the national team. For us, what was imperative was to make the country proud ”.

He concludes “Maybe the FHF used the money received from CONCACAF to achieve something else”.

However, the players’ money was available. The FHF received 200,000 US dollars from the Confederation of North, Central America and Caribbean Association Football  (CONCACAF) for Haiti’s performance at the Gold Cup.

According to a note sent on May 9, 2019 by CONCACAF to the general secretaries of the participating organizations, 30 days before the competition, the federations received $100,000 dollars and the rest was to be awarded within a period not exceeding 60 days after the last teams’ match.

In addition to these $200,000 US dollars, the Haitian state had paid a significant amount to the national team.

After the team’s elimination, the former president of the FHF, Yves Jean Bart, confided to the Novelist the allocation of a “ substantial” sum by the Haitian State to resolve “ the delicate problems of per diem, victory bonuses”. The president had not disclosed the amount in question at the time.

In addition, FIFA, as part of its FIFA – Forward 2.0 program which runs from 2019 to 2022, added one million US dollars to the amount allocated to member associations in addition to the six million that it paid annually to those who are unable to generate four million dollars a year. This is what we read in Circular No. 1659 published on January 10, 2019.

The lack of cooperation from the former leaders of the FHF makes the standardization committee’s work difficult. This resistance is interpreted as “information retaliation”. In support of FIFA, the Committee decided to carry out the inventory.

Interview sessions have already been carried out with officials from each department. The committee is also considering hiring an outside firm to audit the FHF.

FHF Secretary General Carlo Marcelin did not respond to calls or respond to AyiboPost’s requests for interviews.

The number of debts is important. According to the statement obtained by AyiboPost, the FHF owes $3,100 US dollars to players like Clerveaux Dutherson, Duverger Josué and Rouaud Isaac. It owes $3,200 to Bissainthe Bicou, $3,300 to Cantave Mikael, $3,400 to Adé Ricardo, Alexis Jimmy Bend, Bazile Hervé and Jérôme Mechack.

Charles Hérold and Christian Alex were unable to collect the $3,500 US dollars owed as their salaries, just like Désiré Jonel who expected $3,600 dollars. Arcus Carlens, Guerrier Wild Donald, Heriveaux Zackary, Jean Baptiste Andrew and Pierrot Frantzdy are still each expecting $3,700.

As for Étienne Derick and Geffrard Jems, the federation’s debt amounts to $3,800 dollars each. In the case of Alceus Bryan, Nazon Duckens, Placide Johny and Saba Steeven, the FHF has yet to pay $4,000 of their match bonuses.

However, these amounts must be doubled since players claim they never received money for the Gold Cup.