On defense
A deal struck on the National Defense budget drew praise in the Florida congressional delegation from both sides of the aisle.
With hundreds of millions going to facilities in the state and more supporting contractors and industry-adjacent work in the Sunshine State, lawmakers from around Florida found reason to tout the budget back home.
Rep. Carlos Giménez noted a provision critical to Homestead Air Reserve Base. It would stop the Secretary of the Air Force from entering an agreement that would “provide for or permit the joint use of Homestead Air Reserve Base by the Air Force and civil aircraft.”
“Preserving the Homestead Air Reserve Base (HARB) for its original intent and purpose is critical to protecting our national security interests,” the Miami-Dade Republican said. “I am encouraged that our efforts to preserve HARB were included in this year’s National Defense Authorization Act (NDAA) and will ensure the base’s functionality and main objective as stated by law, remain as such. Allowing aircraft not affiliated with our military or armed services to utilize an air reserve facility would only compromise our country’s national security. Prohibiting the joint use of the Homestead Air Reserve Base ensures the protection of our strategic interests and protects the precious South Florida ecosystem caught in between Biscayne National Park and Everglades National Park.”
Rep. Kathy Castor noted the NDAA includes increased military pay and help for service members based near MacDill Air Force Base to access affordable housing.
“Our service members and their families also need lower costs to combat the rising cost of living while they’re serving our nation at home and abroad, so the increase in military basic pay by 4.6% for our troops was a priority for me for their service and sacrifice,” a Tampa Democrat said. “A hot housing market also required adding funds to the basic allowance for housing to ensure that military families can find adequate housing wherever they may serve and lower costs at the same time. We also provide support for the costs of everyday food and products service members purchase from commissaries. Important missions at MacDill AFB are receiving vital investments, including $50,000,000 for construction of a Special Operation Forces Operations Integration Facility and an investment in the Joint MISO WebOps Center (JMWC) at MacDill AFB to help modernize their work in the global information space.”
Rep. Matt Gaetz celebrated that a Republican provision eliminating COVID-19 vaccine mandates made the cut. But he also saw good news just in dollars for his Panhandle district, including $779 million going directly to Northwest Florida’s military mission.
“Congress is duty bound by the Constitution to ensure the brave men and women that volunteer to defend our country have everything they need to be the most lethal fighting force in the history of the world,” Gaetz, a Fort Walton Beach Republican, said. “I applaud the passage of the FY23 NDAA, which makes America stronger and further solidifies Northwest Florida’s critical role in our country’s national security.”
But Gus Bilirakis, while supporting much of the bill, said he ultimately had too many philosophical objections to its substance. He voted “nay.”
“Poison pills contained within the package include increased funding for Ukraine without strong measures to ensure transparency or accountability, further erosion of Americans’ Second Amendment rights, and overall increased spending levels without appropriate offsets,” the Palm Harbor Republican said. “Americans are suffering from devastating inflation and Congress cannot keep writing checks that fuel this problem.”
Rubio worldwide
Sen. Marco Rubio is preparing for a third term in the Senate by making the rounds discussing critical foreign policy matters in Europe and Asia. In multiple speeches, he stressed the shifting state of the world and the demand for change in U.S. foreign policy as a result.
The 51-year-old Rubio said he grew up in a period of triumphalism, when the collapse of the USSR led to a belief that Western ideology had won, and democratic capitalism would sweep the world. But that’s not what the intervening decades wrought.
Rubio spoke at an American Affairs conference on the economic threats from communist China and the military position of a theocratic Iran.
“There are three things that I want everybody to keep in mind. No. 1 is the world is rapidly moving toward a geopolitical arrangement split into the United States and its allies, China and junior partners like Russia and Iran, who don’t benefit from the Western-led order, and then dozens of developing countries that are saying, ‘We’re going to cut the best deal we can by leveraging each side against the other,’” he said at the American Affairs conference.
He also virtually joined the Hudson Institute and said Iran has effectively become a nuclear power.
“The Iranians have also continued to increase their enrichment capability, and they’re doing it because they think it’s ratcheting up pressure on the West to cut a deal with them,” he said. “The timeline they face is that, at some point, if they are in violation of these U.N. mandates, there’s going to be automatic snapback sanctions put in place that the Europeans will have to be a part of as well. They’re on the clock in regards to that. And then they have a domestic group inside the country that basically doesn’t want there to be a deal.” 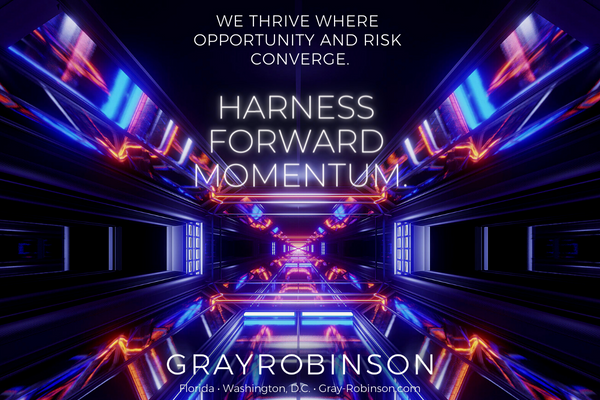 US says it will expand, extend temporary status for Haitians – The Associated Press