The ASU School of Music, Dance and Theatre welcomes Joyce McCall as assistant professor of music learning and teaching.
McCall is one of the few scholars whose music education research focuses on race and racism through critical race theory and double consciousness theory, as well as culturally relevant pedagogy. 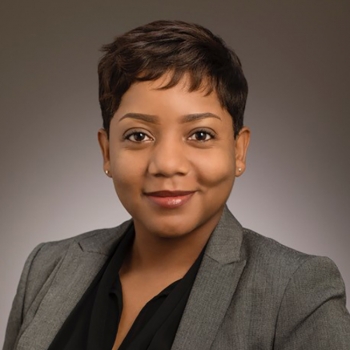 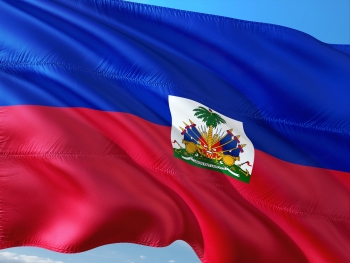 The Haiti national flag. Photo courtesy of Pixabay. Download Full Image
Leslie Alexander, associate professor of history at Arizona State University, researches early African American and African diaspora history, including late 18th- and early 19th-century Haitian history. Her expertise offers an insight into Haiti’s current turmoil and how it is linked to its history with the U.S.
“I think the real question that we need to consider is how the long history of U.S. interference in Haiti led to Moïse’s assassination and the current turmoil in the nation,” Alexander said. “In the view of most scholars, the problems in Haiti are not due to internal problems, they are due to the ongoing role of foreign interference, primarily by the U.S.”

1. Other countries not recognizing Haiti as a nation

Haiti was a French colony with well-established sugarcane plantations on the island that were labored by enslaved people who had been taken from Africa. But in 1791 the Haitian Revolution took place. The revolution was led by former enslaved men and the first Black general of the French Army, Toussaint Louverture, and was carried out by enslaved people and free people of color against French colonial rule.
After 12 years of battle, the French forces were defeated by Louverture’s successor, Jean-Jacques Dessalines, and Haiti was declared a sovereign nation on Jan. 1, 1804. This made Haiti the first independent nation of Latin America and the Caribbean, the first country to abolish slavery and the only state in history to have a successful slave revolt leading to the ruling of nonwhite and former captive people.
“During the first 20 years after Haitian independence, most other countries traded with Haiti; the U.S. had a short-lived economic boycott between 1806 and 1810, but they refused to recognize Haiti as an independent, sovereign nation,” Alexander said. “The U.S. did not recognize Haitian independence until 1862, almost 60 years after independence. After that point, however, the U.S. and other European powers focused their attention on exploiting Haiti.”

2. Haiti’s exploitative debt to France and the U.S.

France refused to acknowledge Haiti as a sovereign nation until 1825, but their acknowledgement came at a cost.
“After more than 20 years of aggravation, King Charles X concluded that France needed to permanently resolve its relationship with Haiti, and decided to demand an indemnity, a monetary payment that compensated France for the loss of its former colony,” Alexander said. “Following an assessment of Haiti’s lands and physical assets, including the 500,000 formerly enslaved citizens, the declared value amounted to 150 million gold francs, which in contemporary terms would equate to billions of dollars.
“Faced with a squadron of French warships, and King Charles X’s unwillingness to compromise, Haitian President Jean-Pierre Boyer caved under pressure, shackling Haiti to a massive debt. Although Haiti officially purchased its freedom and diplomatic recognition, the indemnity became an insurmountable burden from which Haitians have never been able to fully recover.”
Although the debt was eventually reduced to 60 million francs, the amount was still too high for Haiti to cover. In order to make payments, the government borrowed from French banks under extorting terms, leading to a horrible cycle of debt.
Historian Laurent Dubois of Duke University explains in his book, “Haiti: The Aftershocks of History,” that “by 1898, fully half of Haiti’s government budget went to paying France and the French banks. By 1914, that proportion climbed to 80%.”
Eventually, the U.S. extended a debt consolidation loan to Haiti in order to pay off its remaining international debt.
“In accepting the loan, Haiti exchanged one master for another,” Alexander said. “It now had a new creditor, the U.S. government and the U.S. banks that made a small fortune off the loan arrangement.”
The U.S. retained fiscal control over the country until 1947, when Haiti was able to pay off the remainder of its debt. But this depleted the nation’s gold reserves, leaving the country “ripe for future economic exploitation,” Alexander said.

Foreign influence, especially from France, Germany and the U.S., weighed heavily on Haiti as each nation invested heavily in the nation’s politics and trades. In 1915, after a mob killing of the then Haitian president Vilbrun Guillaume Sam, the U.S. feared foreign intervention and the possibility of a new government led by anti-American Haitian politicians. President Woodrow Wilson sent U.S. Marines into Haiti in July where they declared martial law.
“The U.S. government occupied and ruled Haiti by force for nearly two decades, often using extreme violence to suppress Haitians who opposed foreign occupation,” Alexander said. “In one skirmish alone, the U.S. military killed over 2,000 Haitian protesters. The U.S. controlled customs in Haiti, collected taxes and operated most governmental institutions, all of which benefited the U.S. in significant ways.”
The U.S. military withdrew from Haiti in 1934, but the U.S. continued to hold fiscal control over the country.
Georges Eddy Lucien, historian and professor at the Université d’État d’Haïti (State University of Haiti) argues the U.S. occupation set in motion cycles of capital accumulation, inequality and migration for Haiti.
The U.S. military also occupied Haiti with 20,000 troops in 1994 for six months under Operation Uphold Democracy, which was an operation authorized by the United Nations Security Council.

Haiti struggled with their political leadership after World War II with multiple presidents being overthrown or being forced to resign — until the election of François Duvalier.
“As the Cold War set in following World War II, the U.S. government continued its interference in Haiti with devastating consequences,” Alexander said. “From 1957 to 1986, the U.S. repeatedly endorsed and propped up the Duvalier regime, which ruled the nation with an iron fist.”
Duvalier proclaimed he was “president for life” in 1964 and maintained order through violent suppression and terrorizing of citizens and political opponents. After his death in 1971, Duvalier’s son, Jean-Claude, took over and continued his father’s policies as the nation continued to decline economically.
The U.S. endorsed the regime due to Duvalier’s strong anti-communist stance and continued to aid Haiti until opposition from citizens became so vocal, they pressured Jean-Claude Duvalier into leaving the country.

5. Environmental catastrophes one after another

Citizens of Haiti faced abuse by their own government, foreign military personnel and national militias and gangs for many years. In the midst of the political strife, beginning around 2004, a series of natural disasters hit Haiti, including multiple hurricanes, tropical storms, an earthquake and a massive cholera outbreak that began when a United Nations peacekeeping station contaminated the country’s main river with cholera-infected waste.
The environmental disasters made it difficult for Haiti to recover and postponed different election cycles over a number of years. This included the elections that named Jovenel Moïse as the victor and made him president beginning in 2017.
Dive deeper into Haiti’s history with the U.S. by viewing a lecture from Alexander on the topic titled, “Fear of the Black Republic: U.S.-Haitian Relations in the Aftermath of the Haitian Revolution.”
Communications program coordinator, School of Historical, Philosophical and Religious Studies
Rachel.Bunning@asu.edu
Contact us