10/20/2022
The protests in Haiti are huge and growing. The Haitian people have been continuously mobilizing for the past four years to demand effective measures to combat the extreme poverty that millions face. These protests amount to a veritable popular uprising against oppression by the ruling elite and external domination, which has historically consisted of waves of military intervention by Western powers.

The Haitian people are also protesting a government that was never elected and doesn’t represent them. On July 7, 2021, a group of Colombian mercenaries assassinated Haitian President Jovenel Moïse and a de facto government presided over by Prime Minister Ariel Henry was arbitrarily installed by representatives of what is known as the Core Group (the United Nations, OAS, European Union, Brazil, Canada, France, Germany, Spain, and the U.S.).
The current demands of popular Haitian groups include the resignation of the U.S.-backed de facto Prime Minister Ariel Henry, the establishment of a transitional government and the holding of free and fair democratic elections. In addition, they are calling for accountability, justice for victims of targeted killings and massacres, and investigations into corruption. In other words a Haitian solution rather than foreign intervention and occupation.
On October 9, Ariel Henry’s response was to request a UN military intervention. The U.S. and Canadian military already sent an aircraft disguised as a “humanitarian mission.” This is a pattern that has repeated itself for 30 years, during which Haiti has suffered ten military interventions.

The mainstream media has been promoting a racialized “chaos” narrative about Haiti, claiming that gangs of violent criminals are the decisive force behind Haiti’s unrest. In fact, the Haitian Revolution, dating back to 1790, has remained embedded in the culture of the Haitian people throughout space and time. For this reason, the most important demand of the Haitian people is an end to interference from the Core Group.
For over a century, Haiti’s sovereignty has been obstructed: US occupation, military dictatorship backed by external actors, coup d’états, and international UN guardianship. All of these forms of intervention impose political and economic policies that clash with the interests of the Haitian people and violate national sovereignty.

We stand in solidarity with the Haitian people in their struggle for democracy and the right to self-determination. Only they have the capability to resolve their internal problems and effectively shape their future. If it weren’t for the endless foreign interference in their nation, they would have done so many, many years ago.

We support the demands of the Haitian people: the dissolution of the Core Group, No to US and OAS interference, an end to Western support for the unelected Ariel Henry government, and respect for Haitian sovereignty. 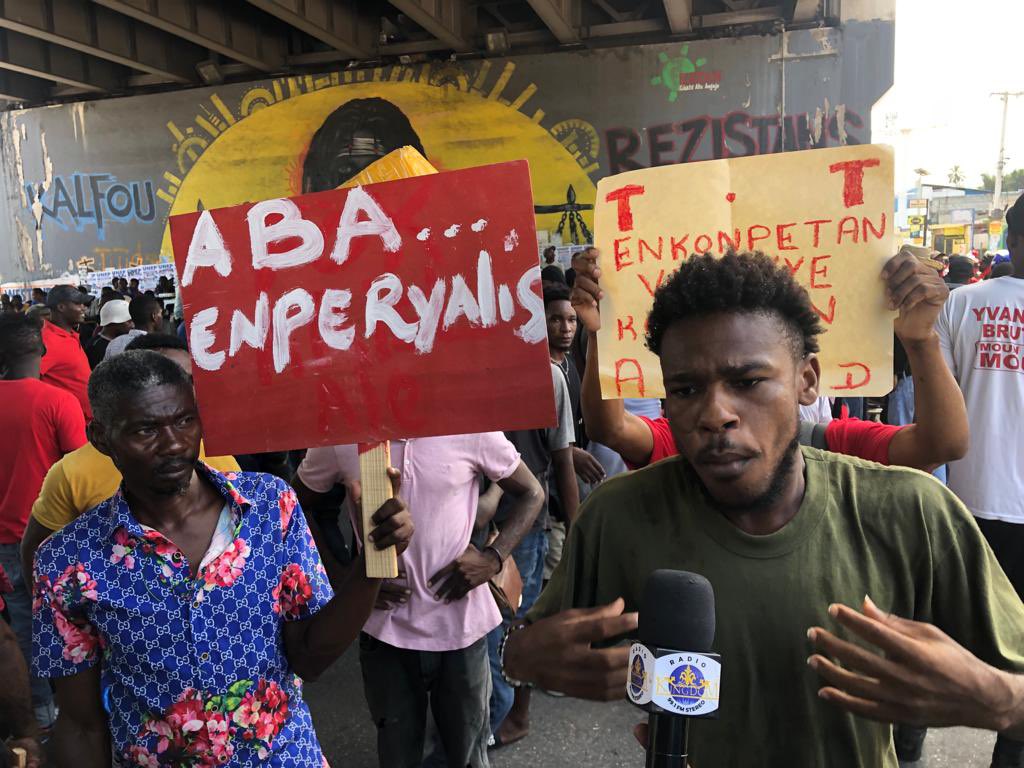 Is a Winning Solution in Sight for Haiti? – CounterPunch

Is a Winning Solution in Sight for Haiti? – CounterPunch