Pepperdine Graphic
December 1, 2022 by Howard Jean-Denis
Transparency Item: Howard Jean-Denis is an assistant professor of Strategic Management at Pepperdine. The Graphic allows guest contributors to submit their work. This is an opinion piece and the writer is sharing their perspective on the topic.
One of the key insights both “Black Panther” moves revealed was that marginalized communities must come together to overcome oppression. I truly believe this core message is also closely connected to the legendary rise and fall of the Kingdom of Haiti.
Reminiscing on the first 10 times I watched the first “Black Panther” movie, I became deeply emotional during each and every experience. The jubilant African sounds, vibrant African prints, richness of our culture and intense battles were invigorating. Although my emotions were released throughout the film, they overflowed during one specific scene — the scene after T’challa defeated M’baku and he ascends to the ancestral plane to see his recently deceased father, King T’chaka.
As soon as T’challa sees his father, he drops to one knee in deep reverence. He later states to the king “I am not ready to be without you.”
This scene was fascinating due to its visualization of the African concept of ancestral worship. Concomitantly, it was endearing as my own father had previously transitioned to be with the ancestors and I missed his counsel while navigating new identities as a father, husband and Haitian-American professor.
Elucidating the origins of my visceral reactions, I reflect back to a cold winter day in Boston around 2005. I still remember laying in a cold, leather chair of a tattoo parlor. That day, a tattoo artist embedded a 2-part piece of artwork into my skin as a means of expressing my identity as a Haitian-American.
One part of the body art was a phrase that read ‘Le Sang D’esclave’ and the second part was a large letter ‘H’ with a heart and a crown drawn inside of it. These two tattoos symbolize ‘Blood of a slave, Heart of a King,’ which were also the lyrics of my favorite rapper, Nas’s, intro song to his Stillmatic CD. Hip hop music for me was at the nexus of artistic expression and cultural identity.
This tattoo was empowering as I was enamored with the stories impressed upon me of the legend of a king who ruled Haiti. His name was King Henri Christophe. 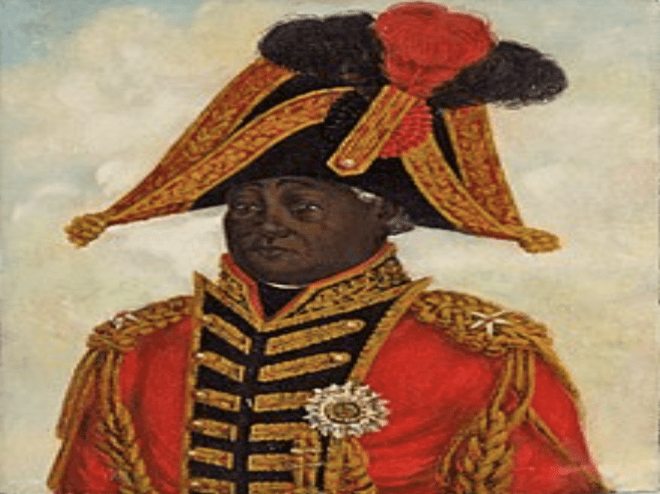 An artwork of King Henri Christophe by Johann Gottfried Eiffe. “Black Panther” had many scenes that connected to Haitians globally. Photo courtesy of Howard Jean-Denis
In November, the motion picture “Black Panther: Wakanda Forever” was recently released as the highly awaited sequel. There are multiple scenes in the movie where actors are speaking Haitian Kreyol and a depiction of Cap-Haïtien, a northern city that was formerly known as ‘Cap Henri’ for the king. These scenes are immensely empowering to Haitians globally, as it symbolizes the only successful revolution of a group of enslaved people against their oppressors.
The Haitian revolution is relatively understudied, yet the discussion of the Kingdom of Haiti is almost absent. What follows next is the legend of the revolutionary who would become a king during the rise and fall of the Haitian monarchy.
The Kingdom of Haiti
More than 200 years ago, during the year 1791, a ceremony occurred in the ancient colony of Saint Domingue.
A mix of people consisting of enslaved people from West Africa and the indigenous Taino Indians populated Saint Domingue. This group of people were proud, hardworking and resilient with a desire to be free from captivity by the French.
As legend has it, the ceremony took place at a location known as ‘Bwa Kayiman’ where Haitians came together to unite to fight for our freedom. This ceremony started a long, violent revolution against our oppressors which culminated with the independence of the nation currently called Haiti in 1804. Our victory sent shock waves throughout the world with hope brought by the fact that a group of black people could defeat a vicious oppressor.
Toussaint L’ouverture was one of those enslaved men who became a general and is considered to be the father of Haiti because of his many battles against France. Toussaint was valiant in his efforts yet he was sadly captured before the end of the revolution. His lieutenant general Jean-Jacques Dessalines officially declared victory in 1804.
Haitians were finally emancipated through our successful resistance to imperialism. Unfortunately for Dessalines, he was only in power for two years before he was assassinated by his countrymen in 1806. Haitians were still left reconciling their freedom and focused on survival amid political isolation and a desire to create the structure for their new nation.
Henri Christophe was a key leader in the successful revolution and rose through the military ranks in subsequent years due to his ambition and vision. In March 1811, Henri declared the northern part of Haiti a monarchy and he would be our first king. The Kingdom of Haiti existed from 1811 to 1820 in the first black republic where the king built six chateaus, 8 palaces and the massive Citadelle Lafrerrière where Haitians defeated the French.
King Christophe’s palace was immaculate and called “San-Souci,” which translates to “without worry.” Within the northern part of Haiti, the massive fortress was built by the king and called Citadelle Lafrerrière situated where Haitians claimed victory over Napoleon Bonaparte. This beautiful area where the Citadelle, Palace San-Souci, and buildings of Ramiers are listed globally as a UNESCO heritage site. 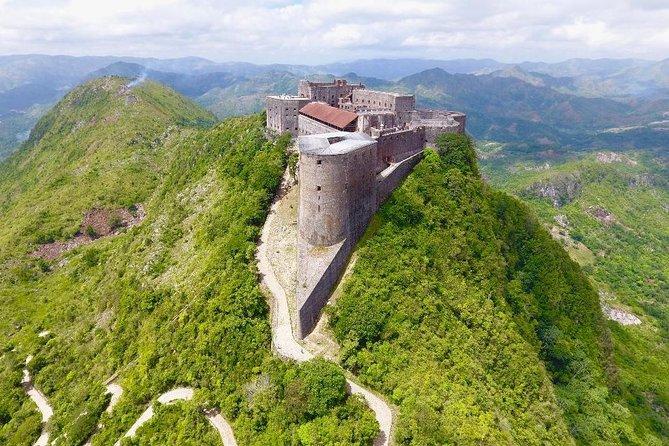 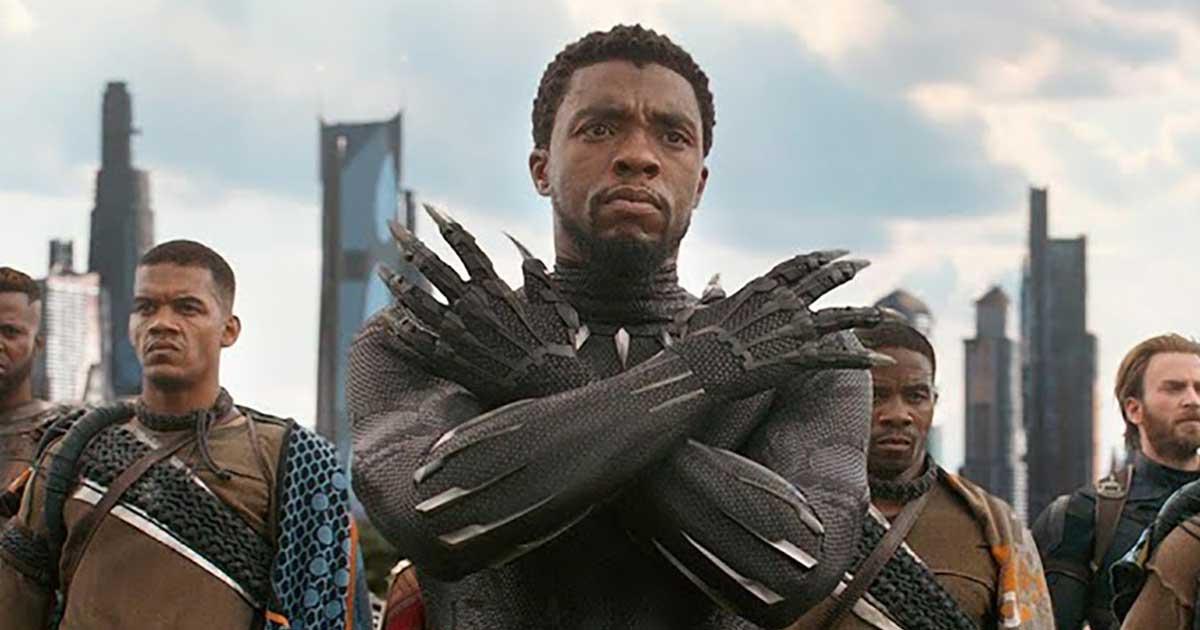