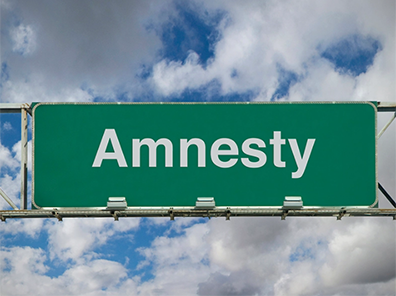 Quietly on Saturday Department of Homeland Security (DHS) Secretary Alejandro Mayorkas newly designated Haiti for temporary protected status (TPS).
As I’ve previously written, TPS is supposed to be a temporary form of relief that allows certain aliens to remain in the United States for a period of time if the DHS secretary determines that conditions in the home country temporarily prevent the country’s nationals from returning safely. Once the DHS secretary designates a country for TPS, beneficiaries are generally not removable, permitted to work in the country, and may receive permission to travel abroad. Reality is very different and as Mark Krikorian puts it, there is nothing temporary about TPS. The abusive application of TPS by multiple administrations has transformed a temporary benefit into amnesty lite — permission to stay in the United Sates and work.
The legal framework Congress established for TPS is found at Immigration and Nationality Act (INA) section 244. Under the law, the DHS secretary may designate a foreign country for TPS due to (1) ongoing armed conflict; (2) an environmental disaster; or (3) extraordinary and temporary conditions. According to Saturday’s press release, Secretary Mayorkas designated Haiti for TPS under the third prong, found at INA 244(b)(1)(C):
(C) the [Secretary] finds that there exist extraordinary and temporary conditions in the foreign state that prevent aliens who are nationals of the state from returning to the state in safety, unless the [Secretary] finds that permitting the aliens to remain temporarily in the United States is contrary to the national interest of the United States.
Specifically, Mayoraks claims that illegal alien Haitians are unable to return to their home country because of “a political crisis and human rights abuses; serious security concerns; and the COVID-19 pandemic’s exacerbation of a dire economic situation and lack of access to food, water, and healthcare. The persistent effects of the 2010 earthquake have also exacerbated the severity of the extraordinary and temporary conditions in Haiti currently.”
Much like the Venezuelan TPS designation (320,000 illegal aliens), the stated reasons by the Biden administration for a TPS designation do not conform with the statute. Taking at face value the existence of a political crisis, human rights abuses, and “serious” security concerns (as opposed to run of the mill security concerns), those factors in and of themselves do not definitively establish that Haitians are prevented from returning home “in safety” — the statutory standard.
DHS then moves to the absurd. Again, taking at face value the claim that Haiti has a “dire economic situation and lack of access to food, water, and healthcare”, these factors have no relation to an alien’s ability to return home in safety. And, last I checked, Covid-19 is a pandemic affecting the entire world, not some unique challenge faced solely by Haiti.
The new designation not only covers the approximately 55,000 illegal alien Haitians who were covered by the 2010 TPS designation due to an earthquake (and subsequent unlawful “redesignation” in 2011), but all Haitians who have subsequently overstayed a visa or snuck across the border as of May 21, 2021. While DHS failed to provide a population estimate, media outlets indicate the new designation will cover at least 100,000 Haitians.
This seemingly out-of-the-blue TPS designation comes shortly after 500 mass immigration advocates wrote to the White House in support of a new TPS Haiti designation. As the Biden administration continues to let advocates call the shots, the only surprise is that it took nearly a month to capitulate. In the absence of congressional action on immigration, the Biden administration continues to weaponize TPS to give amnesty-lite to as many illegal aliens as it can. To date, this includes 320,000 Venezuelans; 100,000 Haitians; 1,800 Syrians; and 1,600 Burmese.
Any bets on which country’s illegal aliens will benefit next from a special-interest-driven grant of TPS?